Michael had always been fascinated by bowie knives and large dogs. He was a strong man and looked like a young gorilla. Whenever he was sober, he would be very charming, but when he was drunk, he sometimes flew into a passion. In his home town on the banks of the river IJssel, he had been employed as a sort of care taker of a student club, doing the odd jobs everywhere. He had also done some jobs for a psychiater who really cared about him and would give him some money every now and then. But after the psychiater had passed away, it turned out his widow was more economical. She wanted to bequeath most of her fortune to a charitable institution.

One Saturday, the widow was found murdered in her own house, in front of the painting of her husband. The newspapers of Friday and Saturday were found at the door mat, but, of course, the murderer may have put them there. Some neigbours are sure they saw her alive on Friday. Later on, a reconstruction showed she had been beaten down, strangled, and dragged to the painting. Thereafter, the criminal jumped upon her, breaking all her ribs, and stabbed her with a knife seven times. 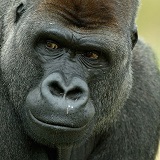 The police put Michael through his paces. However, after four weeks they suddenly stopped the investigation. Had he cast a spell on the investigators with his charming talks and his sweet voice? But his alibi contradicted the explanations of his girl friend, didn't it? And later on, the manager of the church yard where the widow had been buried, said this suspect already mentioned to him some details about the murder and the stabs with the knife before the victim had been found.

And what about the two letters? One of them had been found in the garden of the widow a short time after the discovery of the murder, the other had been sent to the police after a month. Research into the handwriting made clear Michael's girl friend probably wrote both of them. She had been trying to suggest the widow received gigolos, and that burglars had been busy in the house of the widow about the point of time of the murder. It was a clumsy effort to distract the attention of the police from her friend. 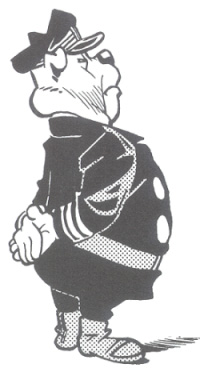 The officers and magistrates did look the other way. There they perceived Ernest, the widow's book keeper, whom his wife and two daughters were to defend through the years that followed. The widow had hired him to fill up her tax form and to change her testament. After her decease he did his job as the executor of her last will. The detectives thought he tried to steal money from the inheritance. They accused him of murder and arrested him. He was examined during three nights and days in circumstances that would make even a hardened marine cry. But the officers of the court of justice were quick to take offence when he called them dumb.

Ever since then, they were suffering from tunnel vision. They even fabricated false evidence to prolong his detention. For example they simulated the find of a knife and they did a clumsy smelling test with a dog.
When Ernest said he rang up the widow on Thursday night from a traffic congestion in the Veluwe ridge of hills, to answer a question about her tax form, they thought they got hold of him, because this telephone call was dealt with by a telephone pole near the house of the widow. However, after research into the meteorological circumstances, it became clear these two facts were not contradictory. The widow did write down the information, and the coroner said the murder happened on Friday or Saturday. The book keeper should receive a lot of credit for mentioning the traffic congestion, because only few people knew about it.

At last, the judge sentenced Ernest to prison because his DNA had been found on the blouse of the widow. But this DNA may have fallen on her blouse on Thursday morning, when Ernest visited the widow to hand down a document. Or the blouse may have been contaminated with the DNA after the murder. Judges don't know enough about DNA to judge of such evidence. Then they should use their common sense, but they don't dare to depart from the usual unflexible procedures.
It is a shame an innocent lamb has been sitting in prison for too many years, whereas the real rib cracker with the gloves didn't receive the psychiatric care he desperately needed. We owe it to a couple of persistent people and their many followers that these things have not yet been hushed up. But this can't be the end of it.