THE HISTORY OF OUR SALVATION 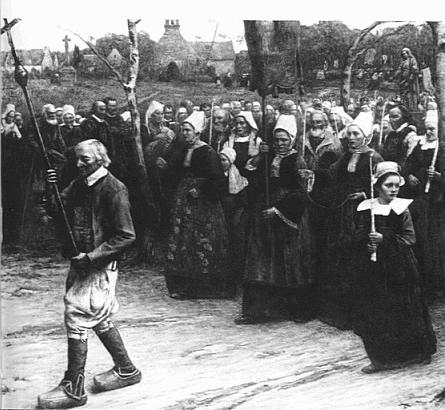 Who was Jesus? He spoke with authority, and preached a wonderful doctrine. Blind people saw again, and lame people walked.
He was led to the slaughter like a lamb, just as Jesaja had prophesied, because His kingdom was not of this world.
After His death, he appeared to the apostles. They recognized Him when He broke the bread.
He was to stay with them until the end of the world, but ascended to heaven before their eyes.
Who else could He be than the Son of God, the second person of Trinity?

There are many more saints than those who happen to have been canonized. Everybody who goes to heaven is a saint. We all have to go there.
The canonized saints had as many problems with their errors in life as we have, maybe even more. They confided themselves to God.
Here's another one: Miguel Pro