Mister Cernovsky talks about the Slovak history and about Andrej Hlinka 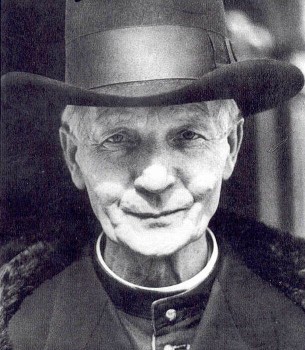 This is Andrej Hlinka (1864-1938).
He was condemned as an agitator in the Hungarian years, and despised as a Slovak both in the Czech years and (posthumously) in the German years, and as a clerico-fascist in the communist years.
But many Slovaks nowadays honor him as 'father of the Slovak nation'.
He also wished to maintain Catholicism for his people.
Please note that he died in 1938. So he cannot be held responsible for any crimes against Jews during the war, or against Germans after the war. However, some people and organisations may have abused his name.

But is there a nation on the earth which doesn't want to be independent?

Slovakia will be our land of colonies.
It is erroneous to think that a motherland and a land of colonies cannot have a common border.
For example, look at Russia and Siberia. 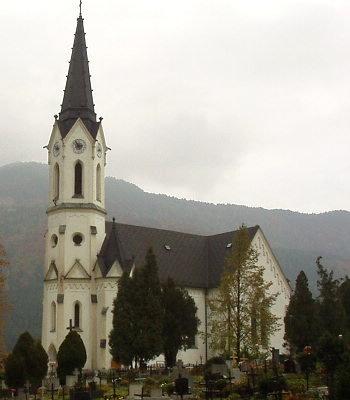 This is the church of Cernova near Ruzomberok (Rosenberg). Here was the Cernova massacre in 1907.
The Hungarian police were shooting at arbitrary people in the crowd. Fifteen Slovak men and women died.
The people of Cernova opposed the consecration of their new church by Hungarian clergy.
They wanted the founder of this new church, Andrej Hlinka.
The Hungarians oppressed the Slovaks, who had to learn the difficult Hungarian language.
People and language of Hungary may be related to the Huns, the Fins and the Turks.
The 'Ugrian' empire was said to be the Hungarian part of the double monarchy Austria-Hungary,
but in fact it was an empire itself and a 'prison of nations'